Are suspensions down in the NHL?

To follow-up on my post from yesterday, I wanted to investigate quickly whether suspensions have gone down in the NHL since the Department of Player Safety's introduction prior to the 2011/2012 NHL Season.

In my numbers I included only player suspensions (no head coach fines or games suspended) and did not include automatic suspensions or fines (leaving bench), just hits/penalties that lead to a suspension. 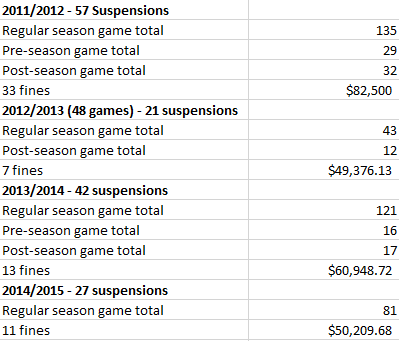 In the first season of the Department of Player Safety with Brendan Shanahan at the helm, the NHL handed out suspensions and fines like candy. Each fine was only $2,500 a rule which has since been changed.

Let's visualize this below: 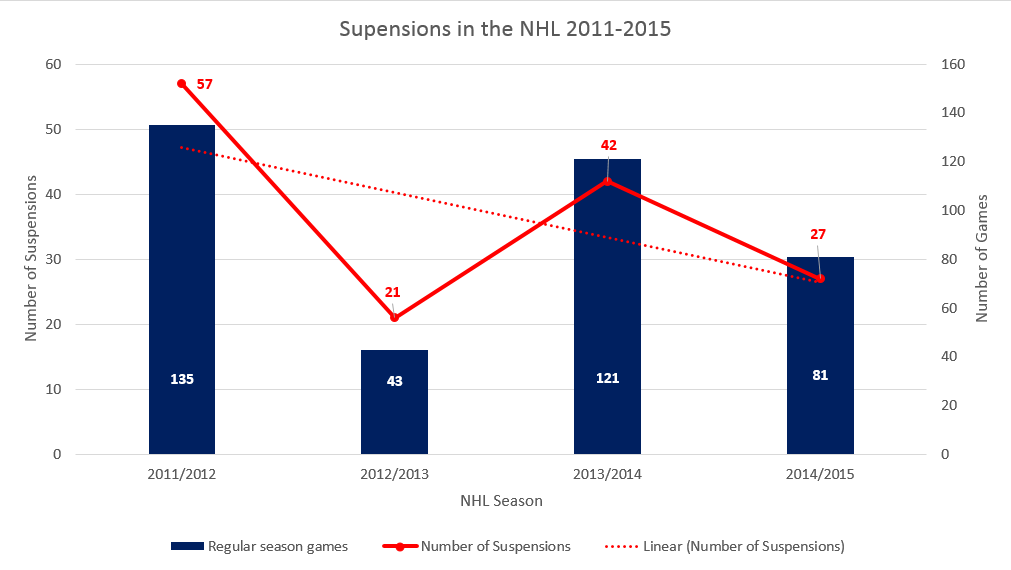 There is a definite downward trend in number of suspensions in the NHL (and # of games obviously) even with the outlier that is the 2012-2013 lockout season. Expanding this to all incidents reviewed by the DOPS in general, there's still a downward trend: 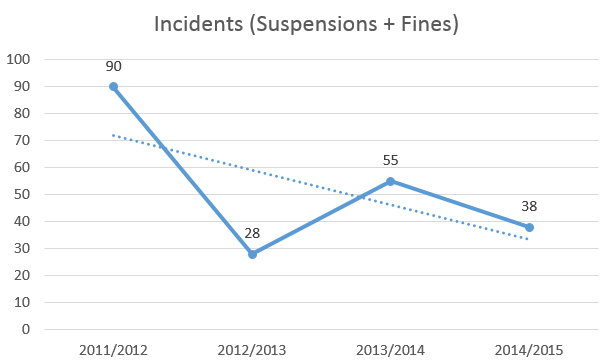 So, what do you think? Is the Department of Player Safety noticeably taking issues less seriously since Shanahan's departure? Are NHL Players getting cleaner? Doubtful, considering there has only been a very slight downwards trend in total penalties (minors & majors) called, while a more drastic change has occurred in the number of incidents reviewed by the DOPS. 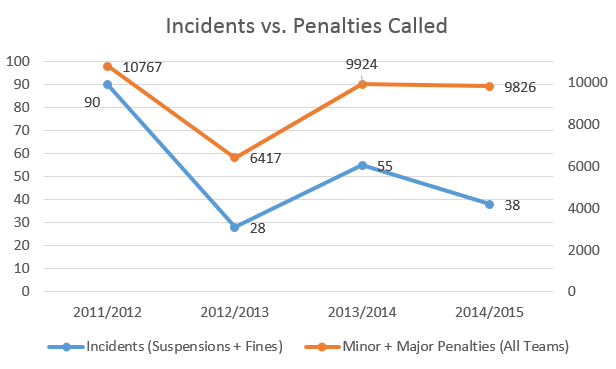